COMMERCIAL SPIRULINA TABLETS, Cape Province, South Africa: Recognised at the time (2002 – 2006) as the largest covered algal facility worldwide, conceptualised and implemented by a team of structural engineers and civil contractors.

NOVEL PROCESSING & DRYING SYSTEM developed by Dr. Dekker:  Ensured that Biodelta Spirulina was a world-first Spirulina powder directly compressible into tablets, without the use of additives, whilst complying with tablet disintegration standards. 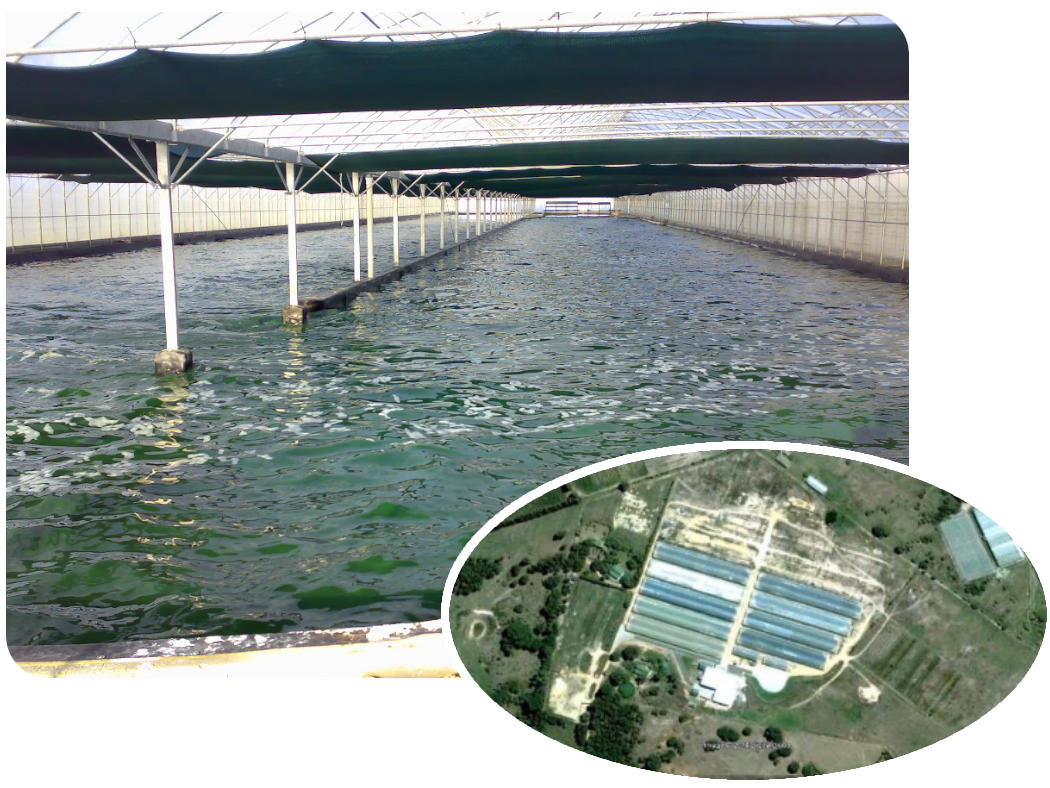 Extensive experience in commercial algal biotechnology was gained when we conceptualised the implementation of the largest Spirulina production facility in South Africa, located in the Cape Province. At the time it was also recognised as the largest covered algal facility worldwide in order to provide ultimate climate control for Spirulina cultivation, comprising of 9 x 2,500 m2 individually covered raceway ponds.

We developed and implemented a novel processing and drying system to ensure that Biodelta Spirulina is a world-first Spirulina powder that is directly compressible into tablets, without the use of any additives, while simultaneously complying with pharmaceutical tablet disintegration standards. Biodelta utilised low-temperature drying (to preserve sensitive phytochemicals) compared to conventional high-temperature spray drying. Spirulina is a natural immune stimulant and contains unique phytochemical compounds with antiviral and anti-inflammatory properties.

The Spirulina cultivation process utilised synthetic seawater for the growth medium and the facility was designed as a “closed-loop system” whereby the saline water is internally treated and continuously re-used to prevent any environmental discharge. Dr. Len was the lead biotechnologist responsible for the design and operation of the facility during 2002 – 2006. 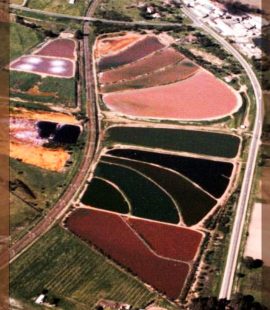 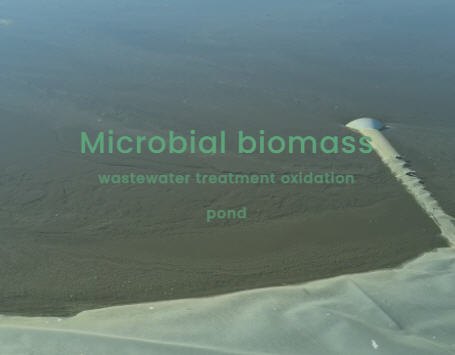 Microbial biomass: linking VALUE RECOVERY to wastewater treatment
Not only are water reuse, nutrients utilisation and energy reduction maximised via natural symbiosis found in the Biological Wastewater System like the AIPS (Algal Integrated Ponding System), but microbial biomass is additionally cultivated within the WWT plant’s ponding system. The type of microbial biomass that is cultivated depends on the specific industrial wastewater under treatment.
>>> The article shows different examples of waste recovery into biomass.… END_OF_DOCUMENT_TOKEN_TO_BE_REPLACED

YOUR PRIVACY IS IMPORTANT TO US - QUICK ACCEPT/REJECT
This website uses cookies to improve your experience. We'll assume you're ok with this, but you can opt-out if you wish.
ACCEPT REJECT

This website uses cookies to improve your experience while you navigate through the website. Out of these, the cookies that are categorized as necessary are stored on your browser as they are essential for the working of basic functionalities of the website. We also use third-party cookies that help us analyze and understand how you use this website. These cookies will be stored in your browser only with your consent. You also have the option to opt-out of these cookies. But opting out of some of these cookies may affect your browsing experience.
Necessary Always Enabled
Necessary cookies are absolutely essential for the website to function properly. This category only includes cookies that ensures basic functionalities and security features of the website. These cookies do not store any personal information.
Functional
Functional cookies help to perform certain functionalities like sharing the content of the website on social media platforms, collect feedbacks, and other third-party features.
Performance
Performance cookies are used to understand and analyze the key performance indexes of the website which helps in delivering a better user experience for the visitors.
Analytics
Analytical cookies are used to understand how visitors interact with the website. These cookies help provide information on metrics the number of visitors, bounce rate, traffic source, etc.
Advertisement
Advertisement cookies are used to provide visitors with relevant ads and marketing campaigns. These cookies track visitors across websites and collect information to provide customized ads.
Others
Other uncategorized cookies are those that are being analyzed and have not been classified into a category as yet.
SAVE & ACCEPT
Powered by

Kindly, fill out the form below.  Once we have received your inquiry a representative will contact you within 24 hrs.